This jumpstart is intended to be just enough to be a functional site/blog using 11ty, and also to introduce essential 11ty features.

Review the "Quick Start" on the home page for how to get this starter up and running for your project.

Hi, I'm Stephanie Eckles - @5t3ph on Twitter, Github, CodePen, and DEV. You may know me as the author of ModernCSS.dev or the creator of StyleStage.dev. I can also be found on egghead as an instructor.

Check out my extended collection of Eleventy resources available on 11ty.Rocks!

I spent a decade creating WordPress themes and plugins then flipped to product development + leading development of a multi-platform enterprise design system. My intro to Jamstack was with Gatsby, but 11ty fills a special place that is so needed for truly static sites. I'm in love, and I think you will be, too.

As noted in the Quick Start, there are global site data variables in src/_data/meta.json.

See .env-sample for the single expected value of URL which should be set to your localhost. The sample uses the default 11ty port, so you can simply rename the file to .env if you haven't changed the port.

The URL value is then available via the global data described previously, and can be used in templates with meta.url. You can see this used for the RSS feed and sitemap as well as meta tag links to the social share preview images to create the absolute URLs.

Page templates are created as Nunjucks (.njk), and feature are added that expect Markdown for most page content.

The home page - _includes/home.njk - is set to process first as Markdown followed by Nunjucks. This allows mixing HTML with Markdown, with benefits being code syntax highlighting and ability to include classes on HTML elements. This functionality is provided by the templateEngineOverride: md, njk in the frontmatter.

A unique case uses Nunjucks to create the json that is used to generate the social share preview images.

Review the list of available templating languages in the 11ty docs.

There are two layouts + a base for those, and one partial included.

base.njk includes the standard HTML boilerplate including meta and "og" tags in <head>.

home.njk includes a loop that will create "cards" for everything in collections.pages.

There are only two fields expected:

The pages.json in that directory includes a permalink setting so that the file name is used directly to prevent 'pages' being the base of the URL.

You can override permalinks per file.

In the .eleventy.js config, there are included "pass-throughs" for an img/ directory as well as favicon.png.

You can replace the included favicon, and create an img directory or remove the addPassthroughCopy if you do not have need of images.

Creating an img directory and keeping the pass-through directive will make images available at /img/[image-file-path] relative to the site root.

For Sass, stylelint is included. If you want to keep it, you may want to do a find/replace for tdbc to the prefix of your choice. If not, you'll want to remove the related files at the project root as well as the related items in the package.json.

A prettier config is included, with the only update being printWidth: 100.

Review the styling documentation for the included minimal Sass framework, particularly the theme variables, to quickly customize the starter.

The only notable differences are:

The default font is Baloo 2 and is locally hosted with files in fonts/. If you swap to a different font, be sure to remove the font files as well as the @font-face rules at the top of sass/style.scss, and update the $tdbc-font-family Sass variable.

Anchor links next to headings throughout Markdown content are generated by an add-on plugin for markdownIt.

This feature can be adjusted or removed in the .eleventy.js config file.

To exclude non-page or non-public content from the sitemap, include eleventyExcludeFromCollections: true in frontmatter, or create a custom filter.

An RSS feed is included, and output at [siteurl]/feed/feed.xml.

If publishing from Netlify, the included netlify.toml file will create a redirect so that the feed becomes available at [siteurl]/feed.

Upon use of the build command, social share preview images are generated for each page + the home page, and available in public/previews/[title-as-slug].png.

Here's an example of the default template: 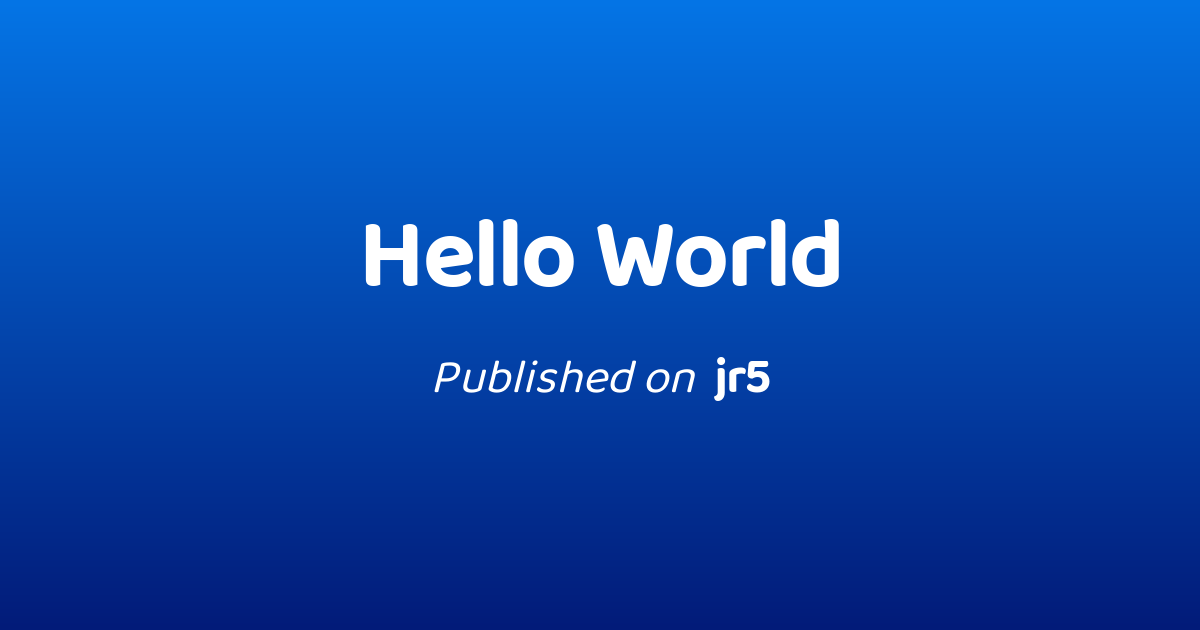 As of v0.5.0, these images now use my Eleventy plugin - @11tyrocks/eleventy-plugin-social-images - with the default blue theme and a customized template.

Any changes made can be previewed by running the build command and reviewing the contents of public/previews/.

Review the plugin docs for the full details of how to customize the behavior, and read on to learn how this starter is currently setup for the social images.

HTML can be changed in _generate/socialtemplate.njk - be sure to leave the <style> block and the template tag within so that the plugin can insert your styles.

The only requirement for the generator to work is to keep an <h1> to populate with the content title, but the rest of the template is up to you!

There are two options:

If choosing to create your own styles for option #2, the CSS will be output in social/style.css with provided stubbed out script. You will need to add this as the value for the --stylesPath option within the social-images script to ensure your custom styles are used.

Adjust the collections loop in _generate/pagesjson.njk, but keep the defined keys of title and imgName.

Syntax highlighting of inline or code blocks found within Markdown content is provided by Prism via @11ty/eleventy-plugin-syntaxhighlight.

You can change the theme used in sass/_prism.scss.

Or, remove the plugin if you are not in need of code highlighting.

Also, markdownLibrary is extended to add the markdownItAnchor plugin for anchor links.

Returns the current YYYY year, used by the footer copyright.

If you haven't previously worked with Nunjucks, you will want a syntax highlighting extension: Nunjucks

In addition, you may want to ensure Emmet works on .njk files by updating/adding the following in the settings.json:

As noted previously, a prettier config is included, and you may want to get the Prettier extension and update your VSCode settings to "Format on Save".

However, to format template files Prettier doesn't recognize like .njk, you can update the "Language Mode" on the currently open file from "Nunjucks" (or other current templating language) to "HTML" to allow formatting to be applied. Then, flip it back to re-allow the syntax highlighting if needed.

This is located in the VSCode bottom toolbar near the right-hand side and will display the value of the current file's detected language. Click the name to open the selector.